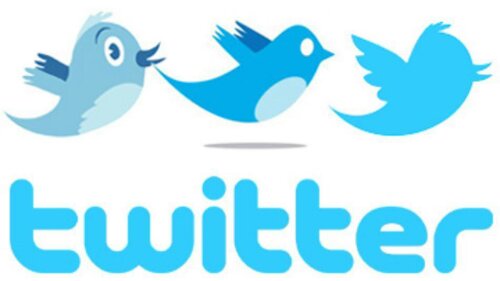 1. Hootsuite
This is the app every b6usiness on Twitter should use. It’s also one of the few third-party apps I’ve gladly shelled out extra to upgrade to get the pro features. With Hootsuite you can post to multiple social media networks at the same time, enjoy built-in link shortening, and view such things as pending tweets, mentions, etc, in a customizable interface. The ability to schedule future posts is a particular favorite. I found the bulk uploader to be a bit clumsy, but otherwise this is an essential social media tool. Period.

2. Manageflitter
The Twitter interface doesn’t offer optimal tools to manage the list of those you follow, especially if you follow more than a couple of hundred people. Manageflitter allows you to sort this list in a more robust manner than Twitter itself. You can see who hasn’t tweeted in ages, who tweets too much for your tastes, who hasn’t followed you back, and about any other option you can think up. Another new feature is allowing you to post to your Twitter profile via Google+. Once you use Manageflitter, you’ll be hard-pressed to give it up.

3. Followerwonk
Recent changes to Followerwonk have made it slightly less user-friendly, but we still recommend Followerwonk for finding targeted profiles to follow. What they offer is the ability to do much better searches than Twitter itself. So for example, if you are a small business looking for people in your area to follow, Followerwonk will allow you to find them with their powerful search tools much easier than similar searches within Twitter.

4. FollowFridayHelper
If you haven’t learned the value of shoutouts and follow Friday (#FF) mentions, you’re missing out on gaining new followers. When a person mentions you in a #FF or shoutout, you are more likely to follow them back. So when you send shoutouts, you are likely to gain more solid connections and followers in return. But when you follow 2000 people, how do you know who to include? That’s where FollowFridayHelper comes in. It will analyze your tweets and mentions and suggest people best suited for a #FF mention. Simple and easy to use, this is a great tool.

5.Tweetcaster(Mobile app)
I’ve tried several Twitter mobile apps, and this is by far my favorite. It has a beautiful interface and allows you to manage multiple Twitter accounts. So I may receive notifications for my business or private Twitter accounts, all from the same app. There are even some advanced search tools that beat many desktop Twitter apps.

1. Truetwit, This app seeks to reduce fake followers and spammers by offering a validation service. Though it seems to have good intentions, there are a couple of reasons I don’t like it. First of all, unlike most of the other apps which connect via your Twitter login, this one requires you – and anyone who wants to follow you– to sign up. Next, most people don’t care who follows them, so why go through such a service to restrict that? Further, if you’re concerned about spammers and followers, you can merely select “Protect my tweets” in the Twitter options to require authorization of followers. It seems like Truetwit’s value doesn’t fall much beyond Twitter’s built-in capabilities. Finally, anyone who tries to follow you with Truetwit enabled will receive a message that they must sign up in order to follow you. I know that when I see one of those Truetwit direct messages, I delete it and forget about following that person – and I’m sure I’m not alone in that sentiment. So while you may have less fake followers (which isn’t really an issue for most people), you very well may have less real followers as well. Not a valuable trade-off.

2. FllwrsAgain, the idea is good – sort of like Manageflitter, where you can keep track of who follows you and who doesn’t. Fllwrs doesn’t have as many features, and will post the dreaded “so-and-so unfollowed me today [checked by fllwrs.com]” – and this message is why I dislike it. The concept of posting unfollowers makes you sound like a Twitter crybaby. I unfollow people all the time – usually because I find their tweets to be irrelevant or uninteresting – but I don’t particularly like them announcing it all over Twitter. Plus, when you announce your unfollowers, aren’t you also announcing that you’re losing popularity? Maybe they unfollowed you for a reason – do you want to announce that?

3. Twiends, This one doesn’t even sound like a good idea. You basically follow Twitter users on Twiends to earn “seeds” which you can then spend to “buy” follows on Twitter. The few times I tried it, most of the followers were fake or spam profiles, and a large percentage of those ended up unfollowing me shortly thereafter. Those that I had to follow to earn my seeds were not people I’d normally follow, and I ended up unfollowing them as well. I found it to be a waste of time.